Over the past year there's been a lot of success we've shared here on the forum, but when one of my former patients walked in after completing his Diabetes program years ago, it was time to take a step back and see what happens in the coming months and indeed years after a patient reaches their goals. Do they relapse? Do they go right back to the spikes and valleys they were dealing with before? And most importantly, are they able to remain off of their medications? This is something we're going to look at right here with an experienced that just occurred in my clinic.

A few days ago, a former patient sent me his lab work...

A few days ago, a former patient sent me his lab work. He had wanted me to look the diagnostics over to make sure I was happy with how he was doing after care. Originally, he had started a program with me in February, 2015 - almost 3 years ago, and I always like to keep in touch with my patients after they are released from care.

Initially he had complained of very poor blood sugar control, saying that no matter how hard he tried and how much he worked on his diet his blood sugars weren’t just bad, but they were getting worse with time. Of course I asked about his exercise schedule, and he assured me that he was working hard in that area as well.

The complaints he came in with just continued to roll on: His energy was low, he was hungry all the time and he was starting to worry about his vision. He had lost a significant amount of sensation and feeling in his feet and toes - the beginning stages of neuropathy. He was suffering from significant nerve damage and disruption. Neuropathy is something that not many people think about when they consider the problems with Diabetes.

Besides the obvious risk for amputation of the feet or toes, people don’t consider a sobering fact: every 11 seconds a senior in America is admitted into an emergency room because of injuries sustained in a fall. If you can’t feel your feet, or are feeling pain, numbness or tingling sensations, your risk of fall skyrockets.

On top of those problems, he had issues with his digestion including constipation, and there was significant cramping in his legs. He had to endure all of this, and was himself a cancer survivor on top of it! The strength and determination of this patient was incredible. 7 years earlier, he was diagnosed with cancer, and now he was fearful of the cancers returning. While dealing with that stress, he was dealing with the stress and routine of half a dozen medications.

I was also worried when I started with this patient about his cancers possible return. People with poor glucose control are in a much higher risk of developing cancer. There's an old saying in natural health care “Cancer hates garlic and cancer loves sugar.” So good diet and glucose control are key to cancer prevention.

Louis Cantley, the director of Harvard Medical School Cancer Center, indicated that poor glucose control and poor insulin control are instigating factors in up to 80% of all human cancer.

Getting this mans glucose back under control was very important to his chances for a long healthy life.

All of the signs were there to justify my concern. In regards to cancer, it is well documented in the medical literature that the medicine he took for cholesterol raises blood sugar - obviously a problem for someone trying to maintain appropriate glucose levels - and long-term use is associated with significantly higher risk of cancer. Another one of the medications that this patient took for his Diabetes, Actos, is well known to cause cancer, so getting his glucose number down, meant he could possibly get of off this medication. Getting off his meds would be the solution to his concerns in all areas.

So we had our work cut out for us. If I could just get him on board with a better set of tools for battling his continuously rising numbers, we would be in business!

When this man started my program, his fasting glucose numbers, even on the top doses of those two diabetes medications, ranged on average from 225 to 235. His most recent fasting glucose number was 120 when it was measured on his laboratory tests just a couple of weeks ago after he completed his program.

That’s a little higher than I would have liked, but remember he was 225 to 235 on two large doses of diabetes medication - he’s now in a relatively acceptable area

His hemoglobin A1c was 8.6 and now it's 6.3. Again this is with no medication. It was 8.6 while he was taking those two Diabetes medicine - he’s doing better than on the medicines his doctor initially prescribed him. His blood pressure when last checked was 118 over 72 with no medication, and those numbers are great. His most recent cholesterol was 164 with no medication - another will.

Our patient is doing really well after almost 3 years away, taking care of himself and his health is flourishing. He’s now only on a supplemental nutritional plan and has ditched his ineffective meds and the side effects they came with. If you or someone you know has been diagnosed with Diabetes, high blood pressure, high cholesterol or any other related condition, it’s in their best interest to seek out more effective, safe treatment options. I hope that you take this story with you into the coming year and know that there’s a better approach to treating these diseases. A more human approach. 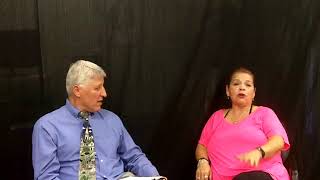 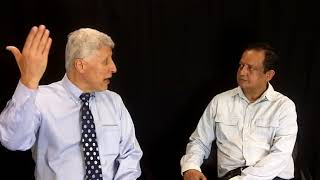 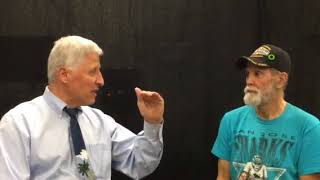 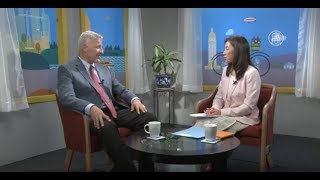